Bedford Autodrome is fast becoming one of my favorite tracks to do a trackday; it benifits from huge run off areas and most importantly very little traffic. This is due to the fact that the circuit is 3.5 miles long and so there’s plenty of space for a novice to take to the track whilst elsewhere we find the last tenth of a second in the Mazda.

The point of the day was to have a bit of fun to end the year. I fitted a passenger seat in order to take passengers round with me and also to sit alongside Dad and give him some pointers on how to get speed out of the car. It also gave me an opportunity to feel the effect of the changes I had made and I can confidently say it’s a huge improvement! Cosmetically, the car has had the interior tidied up with carbon fibre, a re-spray to remove the horrible bobbly paint and a freshly painted white roll cage and door mirrors. Mechanically, the suspension has been serviced and bought up to spec, wiring loom completely stripped to minimums, suspension bushes have been replaced again, and finally a full alignment including ride height. I’m not prepared to give more details for obvious reasons! 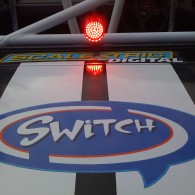 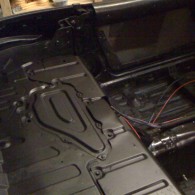 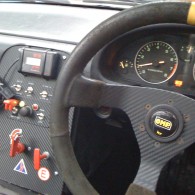 The car handles very very well, it’s extremely predictable and the changes to the setup that I made since the last round of the championship have removed it’s bad traits – which were mainly understeer and twitchiness under braking. It still needs fine tuning as the suspension is much firmer since it was serviced and the corner weights have not been set.

As hinted at earlier, the purpose of the day was to take passengers out and show what it’s like at full race speed. For me, it was brilliant, everybody got the full experience and there was no “taking it easy”. This meant that there was a mixed reaction to being a passenger alongside me! In a straight line the Mazda is not fast, we still got to 115mph at the end of the straight but it couldn’t keep with the faster cars until we got to the corners where it would catch very quickly the Porche’s and BMW M3’s. Two reasons; they are probaby aren’t race prepared cars and also not driven by somebody with as much track experience, however they are twice as powerful and cost £40,000+ more than the little Mx5 which is always great to remember as you hunt down the next car owned by somebody with all the gear but no idea. 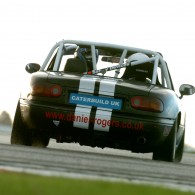 Main photo found on Flickr by jrw1982, and others were purchased from Xtreme Sports Photography or taken myself.