One thing I really missed last year when racing in the Mazda was having a data logger. In karts we ran the Mychron 4 with GPS and it was great for experimenting with gearing and developing the kart to be quickest where it mattered. We would choose gearing and use setups that could be slower on an overall lap but would be fastest at points on the circuit where you could overtake – I could defend where I knew I was compromised on speed. At the end of my time in Karting I feel it was one of the reasons we did so well.

Finding the best data logger is down to your needs and mainly your budget. I also am aware that the data logger is only as good as the person who is analysing the data. For me, I did a lot of searching because the Race Technology systems which start at around £500 were just too expensive. The Qstarz unit cost me £125 delivered; this was perfect for me because I found the main inputs I used to analyse with the kart was GPS speed and G-Force.

Qstarz has a vibration sensor that goes to power saving mode if you’ve turned it and not moved anywhere. It will start again as soon as you move. Ideal for red flags, delayed starts, and also means that you can start it in the pits and not worry about it until you finish your race. Other similar GPS lap timers like the MyTach Watch from MyChron require you to drive/walk the circuit before you race and press a button to tell it where the start line is. Qstarz records all the data and then you create the start line after your race using the QRacing software included. It can do this because it does not have a display on the unit itself to show live lap times – it’s all done on the PC afterwards. 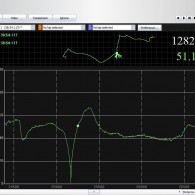 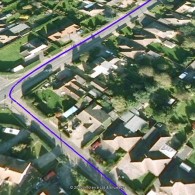 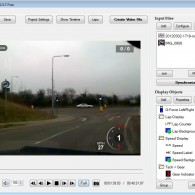 I tested the Qstarz GPS Data Logger in the car on the way to uni and it’s pretty good quality. Images above are from my data. It records speed and g-forces and can therefore do track mapping, and other data analysis and comparison features lap by lap. You can export to Google Maps and get an overlay of your route to a pretty accurate level as shown. The data can also be exported from QRacing to video editing tool RaceRender which allows you to overlay the data to your onboard videos (export as an NMEA file). Battery life is quoted at 42 hours and I used 25% of the memory in my 90 minute round trip.

The lmitations of the Qstarz BT-Q1000eX are that it doesn’t record the cars data – so no revs, throttle and brake inputs for example. However you offset that functionality with the cost, it’s ease of use, the fact that it’s only the size of a mobile phone and has no wires. Transfer from one car to another can be done in seconds. You can see how the Qstarz data logger peforms on track by taking a look at my track day video. So far it seems like the right tool for me but that’s not to say it’s right for everyone or is better than any of the other data loggers metioned above.