The public awards for the Super One British Championship were held at the Autosport International Show at the NEC in Birmingham. I collected my award for sixth in the championship of £150. The KF classes were presnted awards by Jenson Button, but strangely the TKM classes were not, despite the fact that Jenson Button used to race in TKM, but perhaps it is best to not go into detail. The show was up to its usual high standards and provided a great atmosphere to present the awards, and make it more high profile than before when it was in a private function room, and not in the main show stand. The top 10 in the championship were as follows; 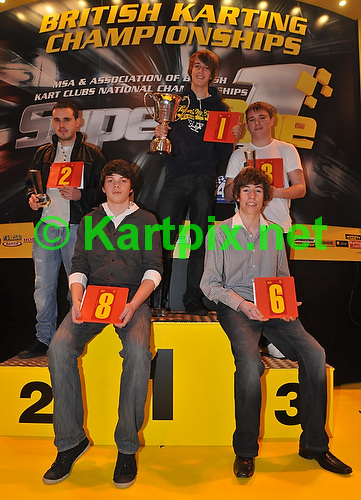