Having established that worn valve guides were not the reason for my smoking engine, we wanted to rebuild another bottom end. Oil consumption was getting silly (about a litre every meeting) and after trying a few cylinder heads, the situation was not improving. From all I had read before committing to this work, the bottom end of an engine is unlikely to gain you much power, however it may prevent you from losing power.

The engine sourced was unkown to us; it had been in a show car which had a small electrical fire. The cam cover was slightly melted but otherwise it was in good condition. For our purposes it was going to be completely stripped so it’s external condition was not an issue. Plus at £100 it was worth a punt. This page is a build log for all the work that was carried out, Now that I’m not racing in the MX5 Championship anymore, I’ve revised the article to include a few more details!

Strip down and inspection

Initial inspections were quite encouraging, crank was in tolerance, bearings were in pretty good condition. There was some evidence of water in the cylinder head which we put down to the fire extinguisher used to put the fire out. The car wouldn’t of been run after this so we were confident it would not be a problem. Even so, the majority of components would be replaced. 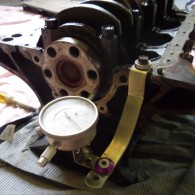 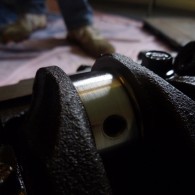 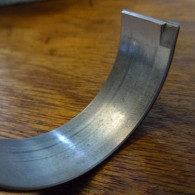 Next stage was to have some work done on the block in order to support the new parts. The cylinders were bored and honed in order to accommodate the new oversized pistons. In the end I selected a 0.25 oversized piston, because the weight was believed to be the same as the standard pistons whilst also benefiting from the larger size. Championship regulations were also a limiting factor as a maximum oversize of 0.5 is permitted. The machining work was was done by HT Racing (Vulcan Engineering). I trust Steve’s work and know that he is happy to build things to the specification I wanted. The engine then got a good flush through to get rid of all the machining material. Then it was a case of building everything back up with the new pistons and rings, new bearing shells as well as a new oil and water pump of course. 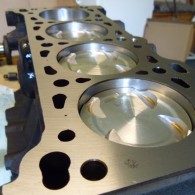 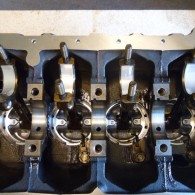 Getting everything weighed, measured, back on, and torqued up is the time consuming bit but attention to detail will ultimately pay off in the long term. Fortunately the cylinder head was coming straight off the old race engine and onto this one which saved a few hours of messing around with getting valves installed! New water hoses also went on at this stage. I’m just taking no chances with anything after having an original water hose let go at Snetterton. Not finishing a race over a cheap part would just be too annoying. 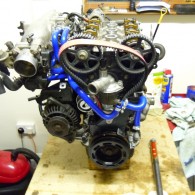 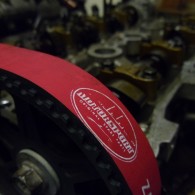 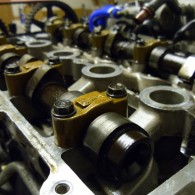 I took my time with the rebuild, there seemed no point in rushing and then missing something major. Getting the engine back in the car was a bit of a pain. I’ll know next time to make sure the back is the same height as the front, because the angle the front was jacked up at made things pretty tricky, but it eventually went in.

Running in on the dyno

I had read a lot about running engines in, and so the engine was started and checked for oil pressure, cam timing set then shut down – I didn’t want it idling for more than 30 seconds. Running in was done on the dyno, and it was run in hard to get good pressure on the rings and ensure that a good seal is made. Of course an oil and filter change was then done immediately after. The magnetic sump plug still found little filings so it was a good move. Dyno results will follow once we’ve put some more hours on the engine. 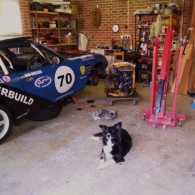 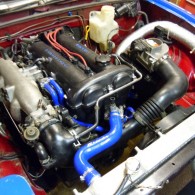 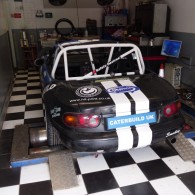