Last year I travelled with Rhys to support him at Knockhill, and this year it was great to be able to compete on such an amazing circuit for myself. It feels more like a kart track than a car circuit so it is so much more fun to race the MX5 on than tracks like Silverstone. To keep costs low we stayed in Rhys’ camper once again and took a smaller van up, which was better on fuel. Our journey was delayed after a split brake pipe on the camper meant that we had to spend Wednesday night in the farmers grain barn and do all of the travelling on Thursday. 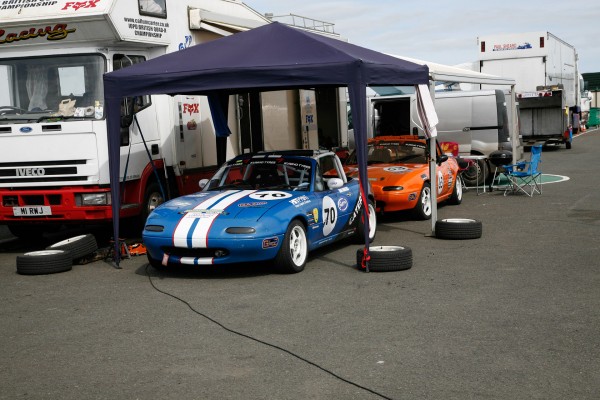 Testing on Friday went well, and we used the GPS to improve the handling and make up time by changing braking points to maximise my speed onto the straight, knowing that engine power was still a bit down. The grid was competitive with the front runners all in attendance. For example in Qualifying I was 8th – another 0.4 seconds quicker and I would of been 2nd. At this point it was obvious that a difficult weekend was ahead of me. 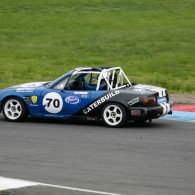 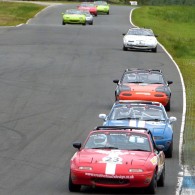 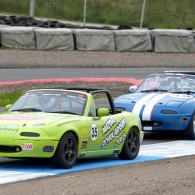 Race one was one of those races where I didn’t really do anythig wrong, but situations just didn’t go my way. If i’d been able to clear one of the battles I would of been home and dry but instead I got slowed up when they came together at the chicane which allowed the group behind to close and then after another incident in front of me at the hairpin, I was slowed up further. A close few laps with scholarship winner Richard Puddle was exciting in the closing stages of the race but it’s just a shame we weren’t a bit further up the grid. Still 9th was a solid finish given how competitive the grid was.

Race two was hard work – probably the hardest i’ve had to work for a 9th place ever! Crunching a few gears at the worst possible moment didn’t help my race. Powering up the hill towards the start line was a weakness of my car and made things difficult, as can be seen in the video. I left the video full race length because it was so action packed.

Being a triple header event, there was also a race three of the weekend. The opening lap was pretty physical and bought out a safety car, which by the time the incident was cleared up left barely any time for the remainder of the race. I took back one place at the re-start but despite starting to close on the car in front I didn’t have enough to make any real impression. I finished 8th, a little bit surprised by how short the race was.

Next event is Rockingham where we are hoping to have another cylinder head done. I’ll update the website once I know more.