Considered by many as one of the best tracks in the world, I’ve always wanted to drive Spa Francorchamps. Now that I’m not racing anymore, it’s easier to do the occasional trackday and spend a bit more than I might of done previously.

In actual fact Spa is not as far away as you might think. It’s closer to home than Knockhill in Scotland, although the travelling time is longer because you have to cross the channel. This would also be the first time I’d towed a trailer – normally Dad’s duty, but this time he wasn’t able to come along. No better was to introduce myself to trailer towing than to use someone else’s car in a foreign country! In order to keep costs I’d travelled in convoy with my mate Rhys, who would be using his Westfield on track too. 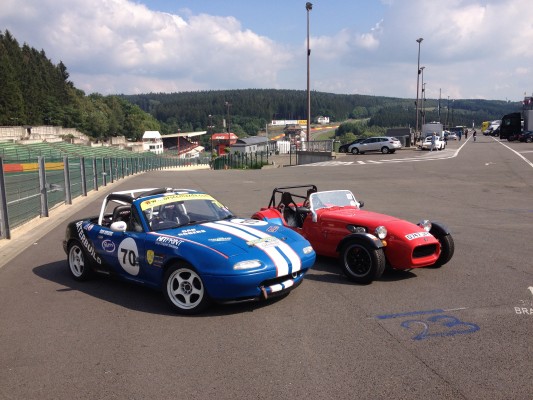 Trackdays at Spa aren’t cheap, and attracts a clientèle that helps to remind you that you’re not at a £99 special offer event at Bedford Autodrome. Porsche, Ferrari, McLaren, and loads of Caterhams, BMW’s and Lotus. Turning up in the MX5 felt a bit like bringing a putter to a driving range.

Once on track though that feeling soon vanished. The MX5 was vastly underpowered on the straights but it did well to hold it’s own on the brakes and round the corners. It was driven on the limit the entire day, but I didn’t once feel like I was really in the way. Yes, Eau Rouge is flat out in 4th, just bouncing on the limiter on the way in. You exit onto the Kemmel straight at 105mph and by the time you’ve reached the end you’re only at 110mph. The track was twistier than I anticipated and this probably worked in my favour. 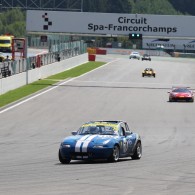 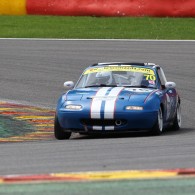 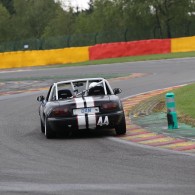 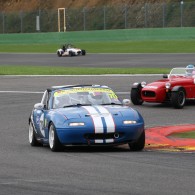 Check out the video below. I’d recommend a trackday at Spa to anybody, and don’t be phased about turning up in something with under 150hp – I thoroughly enjoyed myself.