We’re back racing in 2017 after what feels like an eternity since the abandoned race meeting at Donington Park last year.

Out of winter hibernation

The car has had a host of extensive upgrades over the winter months which I got to test for the first time at Brands Hatch last week. These include a 6 speed gearbox to replace the existing standard 5 speed, updated differential mounts, further weight reduction (the dashboard has now gone), new brake pedal setup to remove the servo and use twin master cylinders, and most importantly more power!

I’m going to document all of this in more detail over on the race car pages. In raw numbers; we’re now running within 2hp of the 200hp / ton power limit for Class C. Pretty much bang on the money now, and it showed in testing, the car felt much quicker than last year.

Start from where we left off

It felt very familiar to turn up at a soaking wet Donington Park circuit given that’s where the season ended for us last year. On went the Michelin Pilot Sport wets, and we lined up on the grid to go out. Second lap round and we were posting some of the quickest times out there – a slight surprise given that we’re a Class C car with a lot less power than some of the others on the grid.

As the chequered flag fell to mark the end of the session, we were 5th overall, and 2nd in Class C. We were beaten to class pole by a Celica GT Four. The AWD system providing unbeatable traction in the wet conditions. Full results sheet here.

Then came the race

With the rain easing by midday, and the wind clearing the standing water quickly it was looking like a wet race would be out of the question. During testing last week at Brands Hatch I’d finally gained the opportunity to run the Michelin wet tyres back-to-back with my Avon ZZR dry tyres. They were about 1 second a lap slower in dry conditions, so at Donington which is a much longer lap, probably expect 2 seconds.

Conversely, I’d run dry semi-slick tyres in the wet before and they gripped well once they had temperature. They were Yokohama AO48’s, but surely the Avon’s would perform very similarly? Sadly, I was to discover otherwise.

The track was still wet when the green lights came on and the first lap was like driving on ice compared to how the Michelin’s performed. Several safety cars kept the early part of the race quite slow and prevented tyres getting any temperature that they desperately needed. I pitted early and then got some clear space to try and push hard.

My lap times were about 6 seconds slower than I’d done in qualifying, despite the track being dryer. It was so frustrating to be passed by cars that I’d comfortably out qualified. In the closing stages a dry line began to appear but it was too late, I’d lost way too much time at the start of the race. The tyre gamble hadn’t paid off, and I’d have been significantly better staying on the wets. Final results here.

Given the pace in qualifying, and that the race result was simply influenced by a poor tyre choice, the Mazda has shown really good potential for the remainder of the year. Next round is at Snetterton and I hope to be able to complete some work on the aerodynamics to improve upon the car even more.

I can only conclude that the Avon ZZR is a much harder compound which is not suited to damp, cold conditions. On anything other than a bone dry track, we’d be better off with the Michelin Pilot Sport 3 which is simply a premium road tyre. Having such a narrow operating window with the Avon’s is annoying and combine that with the fact that they’re barely wearing (they’ve lasted over a whole season of racing), and I’m considering going back to a tyre with a slightly softer compound in the hope of better outright pace. The Avon is very good in a 45 minute race as it lasts the distance without ever ‘going off’, but is this at the sacrifice of performance? Time to do some more research 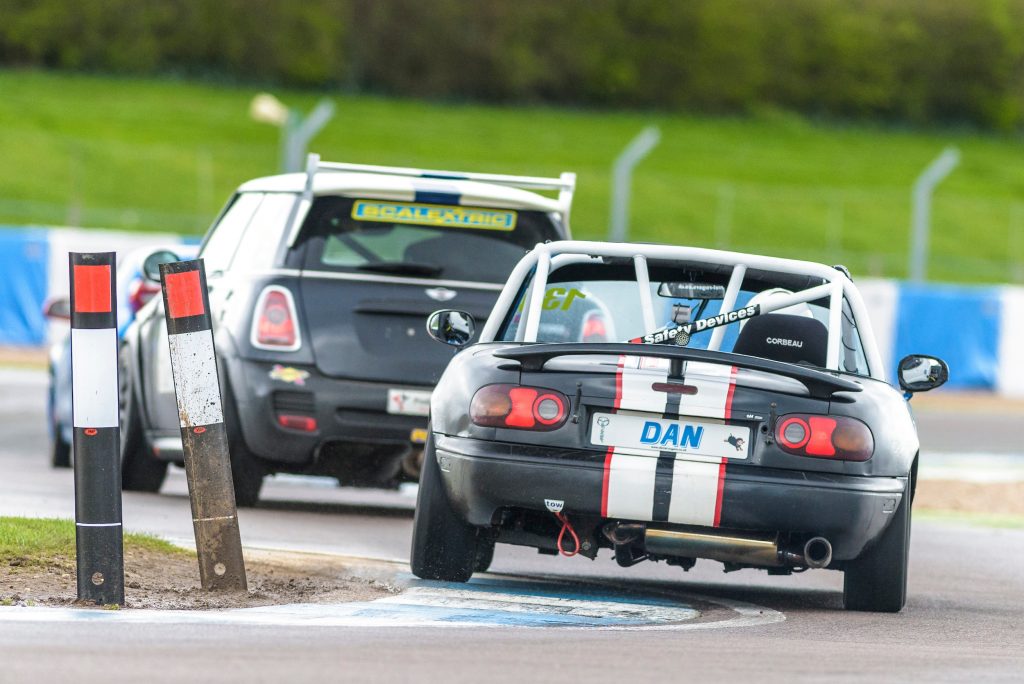