Basked in sunlight for one of the hottest days of the year so far, my aim for this weekend was to get a great result for all my friends and family that had come down to support my local race. Additions for this round are a plywood floor try / splitter, and bonnet vents to try and extract some hot air from the engine bay.

The effects were noticeable

It took only a few laps to notice that the car felt much better. It was nudging into the rev limiter in 5th gear at the end of the pit straight comfortably – something that has only ever happened in the slipstream of another car before. My quickest time was 56.04 which is a couple of tenths of my personal best, and caused by the hot temperatures (grip levels were low). It put us 2nd in class. Good start so far!

With my sights locked on the Mini Cooper that took pole position, we lined up for the race start. The Mazda hooked up beautifully and immediately jumped in front of the Mini, matching the Porsche for the run to the first corner. I got a bit boxed in by an M3 that was being a bit cautious but it was enough to be leading Class C as we crossed the finish lap for the first time. Which promptly lasted about 3 seconds as the GT86 made a move on the way into Paddock. I didn’t think I was early on the brakes but having watched the footage back I must have been!

In the Roadsports series you must serve a mandatory pit stop between 15 – 30 minutes. So when the safety was deployed at the 15 minute mark it was a real gamble whether to dive into the pits or not. The risk is that the pit exit won’t be open as it gets closed when the safety car is passing. As the lap is so short at Brands Hatch it’s very easy to get stuck and lose 20 seconds+ waiting for the green light to say that you can rejoin the track. I stayed out, and fortunately the safety car pace was quick – I was only losing 5 seconds a lap compared to race speed. I then pitted the lap before the safety car was due to return to the pits. It worked out so beautifully that I had over 30 seconds advantage over second place in Class C.

When you’re out in the lead, you can’t help but fast forward events in your mind and hope you can hold this current situation right to the end. Finally, could I achieve the elusive first victory in Roadsports?!! Another safety car 10 minutes from the end would cause me to panic slightly. Closing the field up and eroding the margin that I’d built up. Although the GoPro had run out of memory to capture the end of the race, my restart was strong and I put in some consistently quick laps to hold 1st place in Class C right to the flag. We were also 8th overall which is a mega achievement from starting 23rd!

So so so happy to finally pick up a trophy from the 750 motor club as we’ve been trying to secure that for about a year now! All the development time spent on the car suddenly felt like it had paid off. Next stop is Cadwell Park at the end of July. 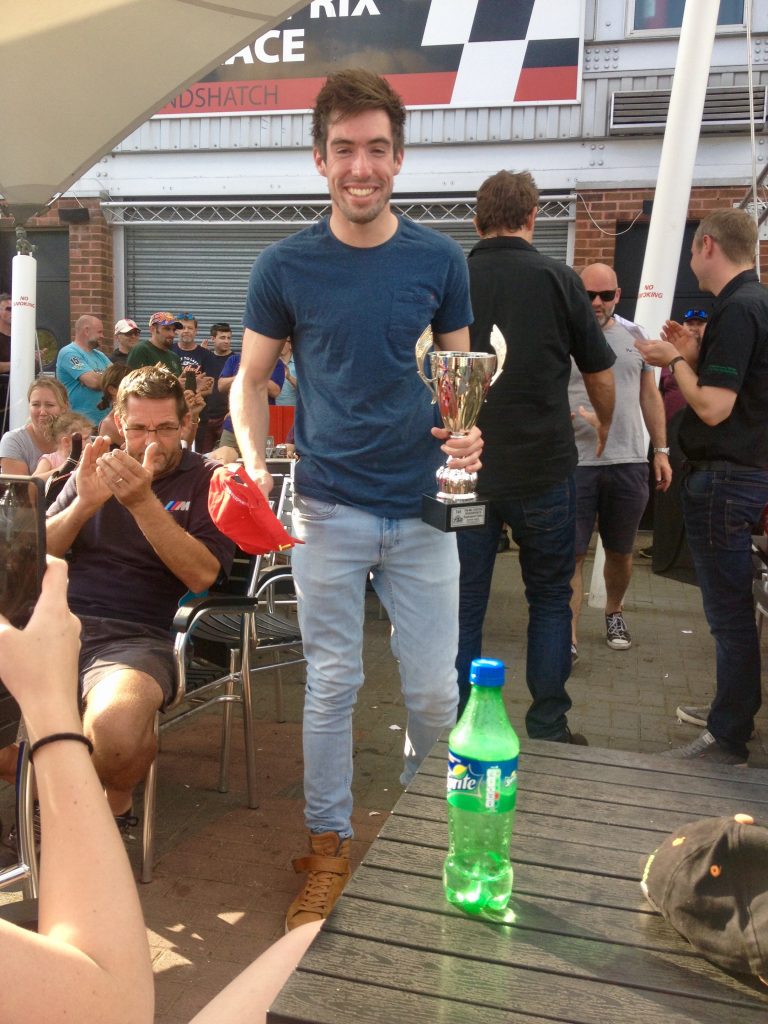