Setup changes from testing earlier in the week really helped to get the best out of the car in what were very difficult conditions due to the heavy rain. Qualifying was strong, claiming 5th and becoming my best qualifying session so far.

Race one was one of the worst starts I have ever made! The new clutch is a bit brutal in the wet and requires a careful touch. I had far too many revs and just sat there with the wheels spinning and not moving forwards. It cost me dear and I dropped well down the order. The group of cars I was with (6th to 12th) were almost identical for speed, and it’s such a shame I was towards the back of them. I made a few places back but ultimately couldn’t get myself back to where I started and had to accept 10th. Still, thats the top ten again which was this years aim. 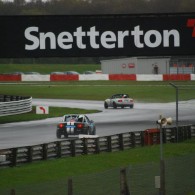 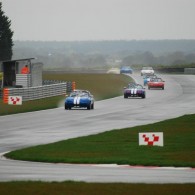 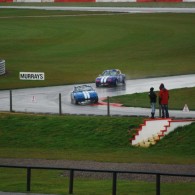 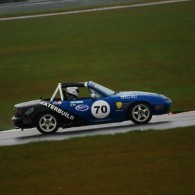 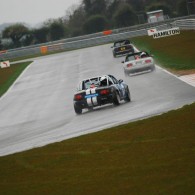 Before race two I did several practice starts on the way to the assembly area and thankfully got a much better start this time. It was by no means perfect as the car in front of me missed a gear and I got a bit held up but it was much better than race one. The safety car was deployed on lap three after an incident, and at the restart I stayed close to the car in front. After a few laps of close battling the last lap board was shown. I had a good run out of one of the corners and got up the inside to take 4th and made it stick. Coming into the next corner and running side by side, I completely outbraked myself and ran wide onto the mud. I dropped back to 6th. Whilst it was a shame to see the 4th place trophy disappear from my grasp due to a bit of an amateurish error, I was really pleased to be venturing into the top five, and hope that can continue in the coming rounds.