We arrived at Cadwell Park with a fair amount of optimism after our class win from Brands Hatch last time out. We’d been back on the dyno to find more power in the mid range, and that resulted in the throttle bodies poking through the bonnet as that length gave the most horsepower. New Carbotech brake pads, and new rims meant that the car was feeling fresh.

Last years pole in Class C was just into the 1:42’s and so I had that in mind as my target time. A safety car was put out during qualifying which didn’t help putting a quick time in. I posted a 1:43.83 which was a bit slower than I’d hoped for but still I thought it would be ok. It came as a bit of a shock when pole in Class C was 1:41.1. Like, we were miles off! 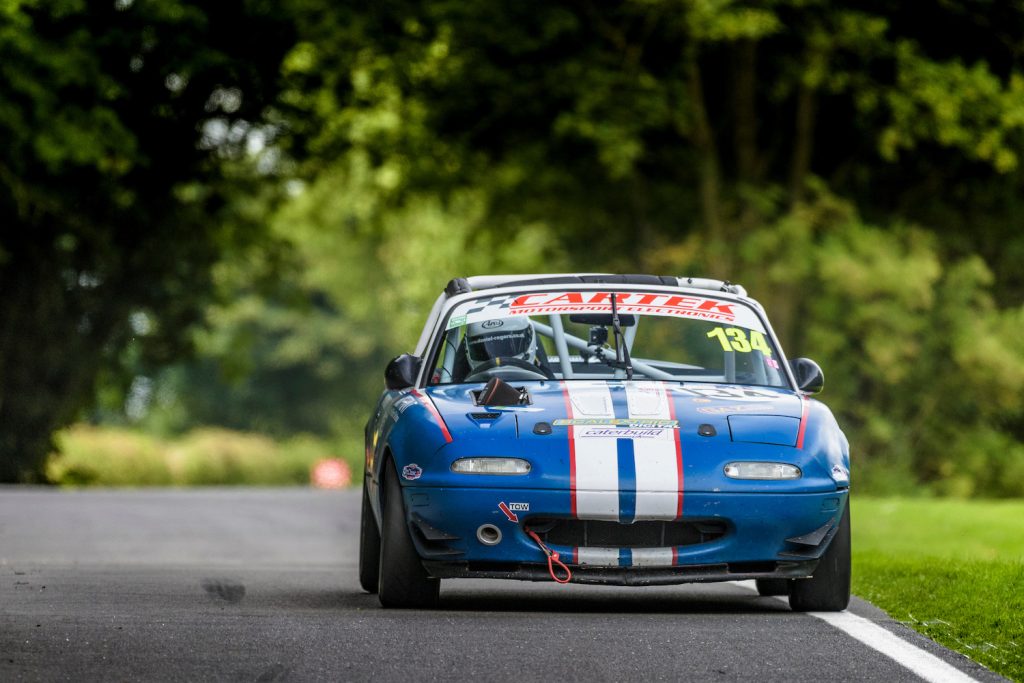 With such a relentless focus on getting the final few horsepower from the engine, it’s taken my attention away from the handling of the car, which at a track like Cadwell Park is critical. I’ve also had doubts about the long term life of the Avon ZZR tyres we’re using. They’ve been on the car for 2 seasons now, and the wear rate is so slow – they must be a very hard compound. The Mazda doesn’t feel like the finely balanced car it always used to; it’s very loose and very easy to make mistakes with.

After qualifying we adjusted the front ride height and changed the damper setting to try and dial out some of the understeer. I also wonder if the dampers could benefit from servicing as they’re another item that have been on the car for a number of years.

Pit stops & safety cars were topic of the race

Cadwell Park has a very narrow starting grid, and surprisingly the Mazda got blocked off the line by the M3 on the row in front which lost me a bit of pace on the run down to the first corner. The first half of the race we were then in a tight battle with one of the MINI’s and a Porsche. The video shows this better than my words!

We were carrying a success 15 second penalty after our win at Brands Hatch, so I knew the pit stops would delay our progress because of the additional time we’d need to be stationary for. A safety car was deployed at around the 11 minute mark, and a number of cars dived into the pits the following lap despite it being 30 seconds before the pit window actually opened. As we were still under safety car they gained a huge amount of time.

The safety car came in the next lap and so I had to make my pit stop a few laps later when we were at full race speed again. By the time I exited the pits I was over 30 seconds behind the MINI that we’d overtaken on track before the pit stops. I pushed on to the end but ultimately we didn’t have the pace in the car to close the gap. We finished 4th and improved on my lap time in qualifying posting a 1:43.34 so the handling changes had helped to find a bit more speed in the car.

This weekend was heavily influenced by the pit stops and safety car. Cars that pitted before the pit window was open kept their results as apparently the race length had been shortened and the pit window had been bought forward, despite the drivers not being told.

So it’s a shame that we don’t seem to have much like with pit stops at Cadwell – last year we couldn’t slacken the belts off in the driver change! Next race should be Silverstone but I think i’ll give that one a miss and try to focus on improving the car for Rockingham instead. I need to look at tyre options and suspension alignment. Good news is that the engine feels strong, and sounds awesome so there were still a lot of positives to take from the race! 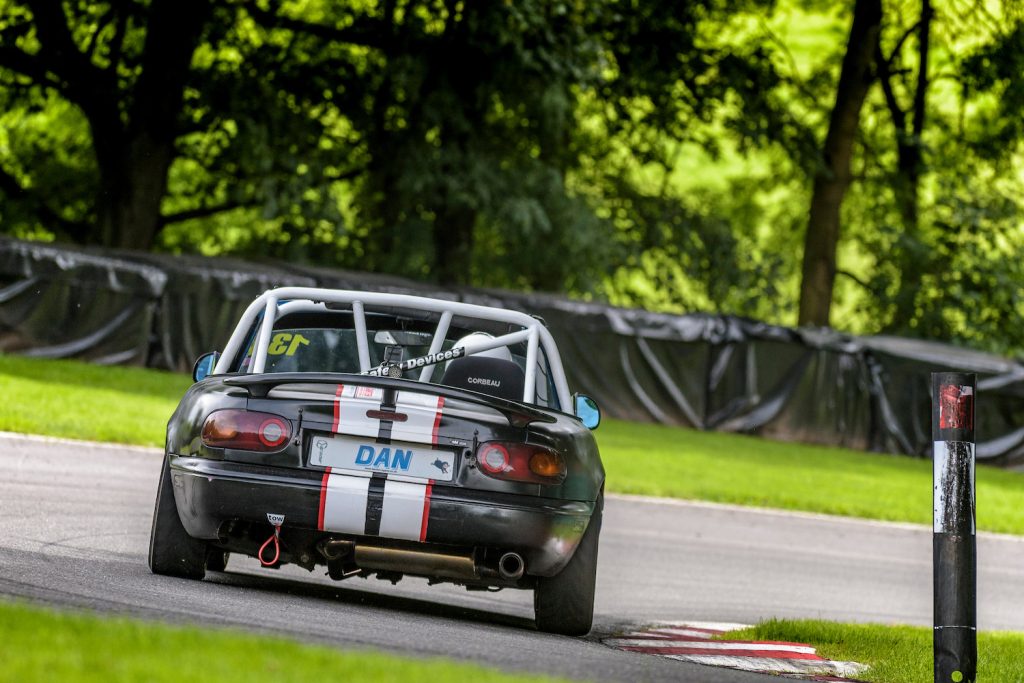